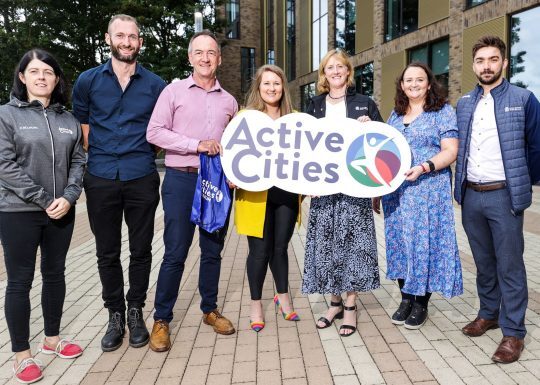 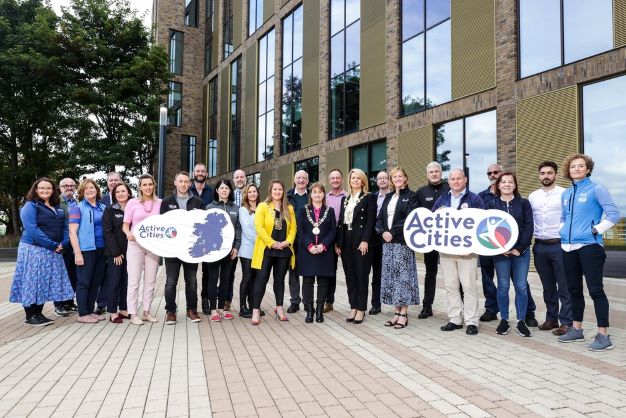 A major, new national campaign has been launched to get as many people exercising and participating in physical activity as possible in our biggest urban cities. The Sport Ireland ‘Active Cities’ project calls on everyone across Dublin, Cork, Limerick, Galway, and Waterford to come together to create more opportunities for participation in sport and physical activity through collaboration, partnership, and planning.

Sport Ireland officially unveils Active Cities, a project based on the World Health Organisation’s Global Action Plan on Physical Activity (GAPPA) Framework, which focuses on increasing physical activity amongst those who are least active in society.

To date €3.4m has been invested to engage with communities across the five cities, creating change for those who are economically, socially or educationally disadvantaged or those who have a disability.

With ambitious aims for Irish cities to be among the most physically active and healthy places in the world, it is vital that a multi-sectoral approach is taken to delivering the project.

When it comes to being physically active, only 42% of adults and only 13% of children met the recommended national guidelines as per the 2021 Irish Sports Monitor. With over 33% of the population living across the 5 cities, physical inactivity is negatively impacting the health, economy, environment, and community of our cities.

It is not just the responsibility of people working in sport and physical activity to address this. Active Cities is about all stakeholders, who directly and indirectly impact on physical activity, collectively driving change through collaboration, partnership, and planning.

Highlighting the importance of raising awareness Sport Ireland CEO, Dr Una May added: “Sport Ireland are proud to support a wonderful initiative such as Active Cities. Communication and promotion will be central to the success and impact of Active Cities. Research has highlighted the importance of identifying and connecting with trusted local community leaders, willing to promote opportunities within their locality. This initiative will provide a fantastic opportunity for Active Cities to generate a sense of community and togetherness, while bringing sport and physical activity to people’s lives”.

A recent “Active Cities Marketing Communications Research Report”, identified preferences on engaging individuals from targeted groups (i.e., from socially, economically, or educationally disadvantaged areas or people with disabilities) to establish their preferences around the promotion of physical activity.

“Active Cities is about creating opportunities and increasing the number of active spaces throughout cities across Ireland. We want physical activity to become a social norm, naturally and habitually built into people’s home, work and community lives. I would like to encourage as many people to get involved with your local Active City and take part in the wonderful events being rolled out through the initiative”

So many stakeholders have a pivotal role to play in the success of Active Cities and in prioritising  physical activity for ALL which is reflected in the four guiding pillars; Active Systems, Active Environments, Active Societies and Active People.  With all five cities aligned nationally to impact positive change, the pillars also give each city the individual pathway for implementation at a local level through local partnership and collaboration.

Active Cities is about creating an environment where city residents can be more active, with more choice, more opportunity and lead healthier lives in the context of sport and physical activity. Be part of the #ActiveCities movement. You can find tips on how to get active through your Local Sports Partnership website, check out SportIreland.ie or ask your doctor/ physician/ OT for information on how best to get active.

Be part of the Active Cities conversation using the hashtag #ActiveCities and tagging @sportireland, your Local Sports Partnership and any stakeholder you see as having the potential to influence and impact physical activity opportunities.

Notes to the Editor: